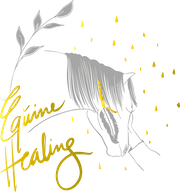 Wow, all I can say is that Anne totally saved us! Dover was bucking, spooking and becoming a dangerous biter. Since Anne has been working with us he has become such a gentle horse (with strong opinions, but I have learnt to listen).  I have also gained so much knowledge from Anne and she has ignited a passion in me for bodywork and understanding my horse on a deeper level. I think I look forward to our sessions with Anne as much as Dover, she has such a wonderful way with horses.  Anne will change your horsemanship life forever xxx

I have known Anne for a number of years and have watched from the sidelines as her beautiful practise with her healing for horses just grew and grew. I recently had the privilege of her coming to see my horse after a bad colic. Her calm energy straight off the bat was a godsend, and both my horse and myself benefited hugely.

Her insight into the whole situation was extremely useful, and gave us very helpful direction in moving forward. Anne has a lovely way with the horses, and at the same time is calmly straightforward and direct, which I so appreciated – someone that could be gentle but direct at the same time. She does what is best for the horse.

The whole experience brought much needed clarity. Thank you so much Anne for your deep care and love – it is so appreciated! I highly recommend Anne and her healing services.

Anne has been working with Misty for the past couple of years. She provides a space of healing as well as a space where Misty may be heard. Over the time Anne has been connecting and ‘working’ with this beautiful horse in our lives, Misty has transformed and healed on different levels. Besides the physical shifts, I have seen her becoming both calmer and surer of herself. Anne connects with her with deep love and empathy. Initially it took Misty quite a while to drop into a relaxed mode, but over time as she experienced the deep healing, she reached the stage where, even as a highly alert lead mare, she is now able to immediately and completely surrender to healing sessions. Often sessions are accompanied by insights which Anne passes on to me, enhancing the understanding between Misty and myself. It is such a privilege to have this access to the wisdom of the horse. As I believe we should be attending to the welfare of our own bodies, minds and spirits on a regular basis, so I believe we should be providing that service to the horses in our lives who give so much, and so often are not heard or understood, sometimes suffering in silence simply because we humans are unaware. Anne’s work has been an immense gift to both Misty and myself. I am so grateful for the work that she does. I firmly believe ‘Equine Healing’ can only deepen the relationship between horse and human. Thank you, Anne

As a competitive rider, one often does not think further than fitness, big match temperament, training, and physical health of the horse and rider. It’s not always easy to comprehend the psychological and healing side of the horse past what you are taught over the years of standard competitive practice. Things seem set in stone and that’s how it should be. Then my horse Daisy and I met Anne. Daisy and I have been together for 3 years, but due to having multiple freak accidents we were constantly being set back and struggling in the competitive world and often Daisy and I were not understanding each other. Regardless of that, I was taught to simply push through and make it work. I didnt know what to expect from Anne’s treatments to begin with, but I guessed it wouldnt hurt? Not long into her seeing Daisy, I soon wholeheartedly referred to her as Daisy’s therapist! Daisy had a place to express herself in ways I could never have understood without Anne’s help. From a very complacent, meek horse, Daisy allowed her personality to blossom and she became more expressive which allowed me to comprehend how she was thinking and what she was feeling, which in turn, grew our relationship beautifully. Anne’s treatments affected Daisy’s body in ways I wouldnt have believed had I not seen it myself. From an underdeveloped, triangular bum, she began to build a more proper, rounded, stronger hindquarters. Her neck went from scrawny and thin to muscular and proud. One could argue that this is due to our training, but I know that I changed nothing in our training that could have contributed to the development of my horse so drastically. The way Anne uses her treatments to release muscle tension and psychological strain is truly something incomprehensible until you have experienced it yourself. Daisy became stronger in herself and in her body, and was taught ways in which to heal herself more effectively. I’ve been riding for 14 years and competing for 11, and I can honestly say I have not experienced such transformation in a horse with any treatment before in my life. Anne’s intuition and keen sense of understanding is undoubtedly one of the main reasons Daisy and I are where we are now. From finding pain you didnt know was there, to understanding stressors for your horse that you wouldnt have guessed, to ensuring your saddle fits just right, Anne is a part of every journey you and your horse needs to take. Anne is passionate about what she does and her feedback is phenomenally detailed. Whether you’re a competitive rider, a happy hacker, or somewhere in between – I believe someone like Anne is as essential to have on you and your horses team as your instructors, vet, farrier, saddle fitter, and dentist. Thank you Anne for your incredible help!

I asked Anne to come see my new horse, Luna, as she had become extremely anxious and was pacing incessantly. I was also battling to bond with her as I was still grieving the loss of my late horse. Shortly after Anne started working with Luna I saw her shifting. She started really “seeing” me instead if barging through me in her anxious state and the tightness in her body started softening. She started spending more and more time in a calm state. Luna started feeling ‘heard’ for the first time in her life. Now she is a transformed horse. She has completely come into her own and we have developed a very deep connection. Anne has helped me to move forward with Luna on the most amazing spiritual, equine journey. I have had horses in my life for almost 40 years but I have never experienced this side of the horse-human relationship so intensely. It truely is a gift and I believe any horse and owner will benefit profoundly from what Anne has to offer.

You can find out more about which cookies we are using or switch them off in settings.

This website uses cookies so that we can provide you with the best user experience possible. Cookie information is stored in your browser and performs functions such as recognising you when you return to our website and helping our team to understand which sections of the website you find most interesting and useful.

Strictly Necessary Cookie should be enabled at all times so that we can save your preferences for cookie settings.

If you disable this cookie, we will not be able to save your preferences. This means that every time you visit this website you will need to enable or disable cookies again.